Submit Your Testimonial
Posted in: Testimonials | Posted on: 04 June, 2019

In my school years I was always a fast sprinter. In 1986, aged 14, I wanted to do hurdles. After only 6 weeks of learning the event, I won the Merseyside Championships (and won it in 1987 too). From this, I was selected to represent Merseyside in the English Schools Championships (ESSA) in Portsmouth which was for all the elite school athletes in the UK. I made the semi-finals of the 75 metre hurdles (75mH), narrowly missing out of the final by 1/10th of a second. I was then selected to represent Great Britain in the European catholic Student Games in Vienna Austria. I won a silver medal in the 400 metre hurdles (400mH). The same year, I was part of the 4x100m relay team running the anchor leg bringing the team home for a gold medal and crowned Northern Champions. In 1988 school exams took preference and I regrettably quit athletics.

Twenty four years later in 2010, aged 38, I decided to revisit the athletics track. Training was tough as I was unfit, had had 2 children but had never lost my determination or hurdling technique – I was so quick over the hurdle.2013 was a great track season for me. In my age group (40-44) I was ranked number 1 in the UK for the 100m sprint hurdles (100mH) and 9th in the 400mH. I was running fast and felt great. 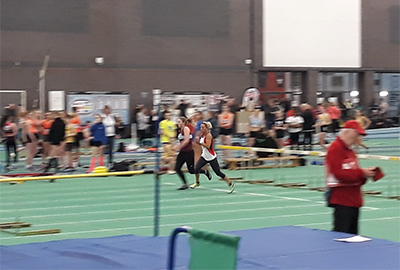 In early 2014, I won the Northern Masters Championships in both the sprint 80m hurdles (80mH) and 400mH, and was selected to represent Great Britain in the World Master Championships in Istanbul. Disaster struck again though in October 2016 – severe groin pain. Too painful to even jog! Following consultations with Mr Gudena at Fairfield Hospital, St Helens, I was diagnosed as having ‘complete loss of cartilage’ and the hip was covered in cysts. I needed a total left hip replacement. I was devastated and initially thought ‘game over!’

I had my left hip replaced in July 2017 by Mr Gudena in Fairfield hospital. Surgery went well with no complications. Regarding my road to recovery I needed to be patient. I did everything that my excellent physio at Fairfield, Paul Marsh, advised me to do. I had to learn to walk with 2 crutches, then 1 crutch and then none. I ensured I completed all the required exercises, stretches and strength work and increased intensity as muscles strengthened. My constant gym sessions (which I still do now) helped me recover quicker – the static bike, the step machine, one leg squats and core strength to name a few. 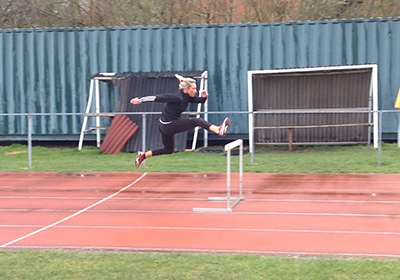 I returned to the track at the end of 2017. This took a lot of discipline and patience. At first I couldn’t lift the left leg to the same height as the right leg when running. This mean’t more strength work was needed in the hip flexors and glute. Once I overcome this, the left leg would not extend the same length as the right. At age 46, I have just competed in my first hurdle race on 10th March 2019 at Sports City indoors Manchester in the 60mH. It felt great to compete again and I loved every second of it (literally) and ran great. I raced girls under age 20 and was not disgraced. I also won my 60m sprint race in a personal best time too.

Considering it was doubted if I would be able to sprint again, never mind sprint hurdle, I have the determination to work hard and succeed because I enjoy it so much. 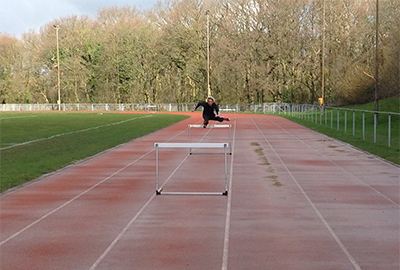 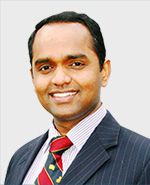 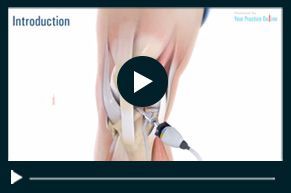